Alaska to Colorado. This was the longest road trip I’ve done to date and boy was it special. This is a recollection of great moments shared with a great friend and memories I’ll never forget. Join the ride as I recount a weeks adventure through Northwest North America! 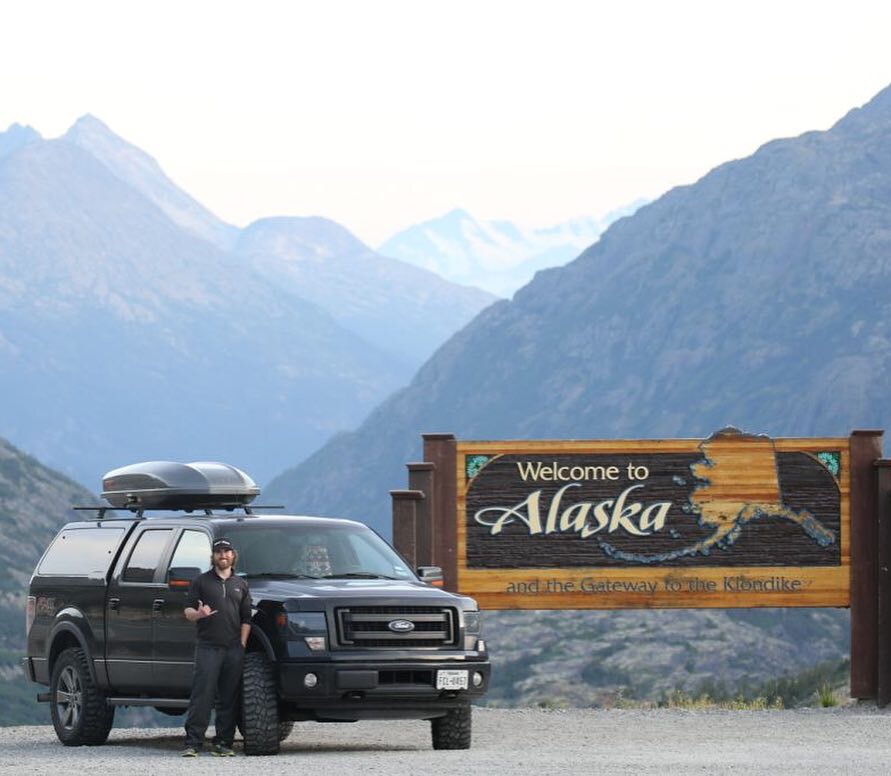 I know, I’m a day late with this one and probably several dollars short too. What can I say? I’m extremely disorganized right now. I’m quite unproductive when I’m disorganized and I haven’t found a way to get over it.

The obvious answer is … well … to get organized but it’s a bit easier said than done, aye? And, you know the saying, the timing is never going to be perfect; you might as well just do it now! So, with shit piled all around me, let’s dive into this magical road trip week.

My voyage started from Skagway, AK, located at the tippy top of the Lynn Canal, which is actually an inlet, but I digress.  This canal is vital for transportation throughout the Inside Passage.

Skagway is greeted with thousands of tourists traveling by cruise each day. Makes it a great place for business, no doubt. But, I’ll save the dirty details about Skagway for another post. After a successful and busy summer, I was ready to skedaddle out of Skagway and explore more interior Alaska.

I left Skagway just after 6 PM on Saturday. I would have a short distance to reach the Canadian border and a few hour drive to Whitehorse in the Yukon Territory. I made it through customs without a problem and proceeded to the capitol and largest city in the Yukon. 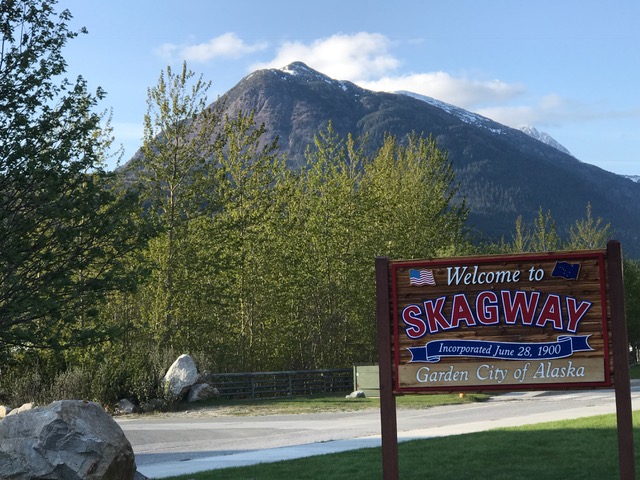 I stopped in Whitehorse to get fuel for the truck and myself, stopping at Canada’s favorite donut shop, Tim Horton’s. This stop would be a frequent one along the trek back to the lower 48. I grabbed some coffee and some Timbits, also known as donut holes. I attempted to send out a few texts but the wifi was shitty. Shitty wifi would be another common theme with Tim Horton’s.

I didn’t stay long and may or may not visited McDonald’s before leaving Whitehorse. It would be about a 5 hour drive to the border, crossing back into Alaska. I didn’t plan on making it there before it would close at midnight. I drove until I got tired and then pulled off at a large, quite rest stop.

Out West, the rest stops are very accommodating for long distance travelers. There was a few campers in the one I chose but still plenty of room for all of us. This particular one didn’t have restrooms but most do. I parked, grabbed my pillow, and proceeded to nap in the front seat.

Usually, when I’m traveling alone and trying to make good time, I sleep in the front seat. Even though I have a nice little set up to sleep in the bed of my truck, I prefer to sleep quickly and if I find myself alert and ready to go, I’ll jump back on the road. Not ideal and I don’t recommend it but it is what it is.

I drove a few hours further and then pulled over at another rest stop just shy of the Alaska border. I’m not a huge fan of these border crossings. I’ve never had any real problems but it’s just something I like to avoid, if possible. There were no avoiding these, however.

If I had to guess, I suppose I crossed the border around 8 AM (Alaskan Time). The lady at the border was super nice and I was on my way to Fairbanks quickly. It felt good to be back! After all, Alaska had been my home for the past 4 months.

The road was quiet and drove just under the speed limit to see if I could see any wildlife sneaking about in the cool, crisp morning. I managed to see 3 moose near a small pond but was unable to get any pictures before they vanished into the woods. This wouldn’t be the last time I missed a good moose shot. But, I carried on.

About half an hour out of Fairbanks, I would be treated to laying my eyes on Mount Denali, the highest peak in North America. It was a nice surprise to say the least. I wasn’t even sure that I would be able to see it at all on the trip, let alone be able to see it at the first opportunity. I’m still kicking myself for not stopping to photograph the entire Alaskan Range with blue bird skies behind. 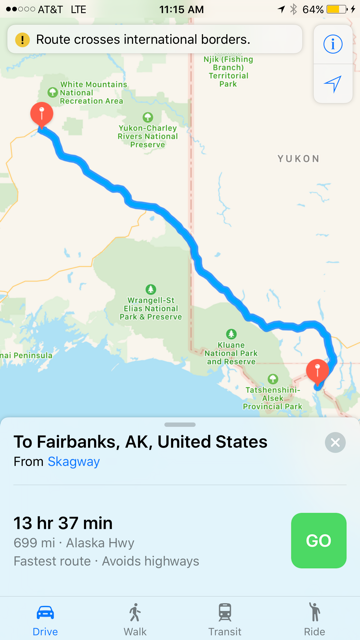 I finally arrive in Fairbanks to pick up a buddy who would be sharing the remainder of the trip with me. Coffee was first on the agenda. We found a Starbucks inside a large grocery store, Fred Meyers. This was the first time I had been in a real, large grocery store in months. Skagway’s local grocery was small but had most of what I needed. But like I said, I’ll dive further into the details on Skagway another day.

We snagged some coffee and conversation sparked right up! It had been quite a while since we’ve seen each other and it was nice to sit down and have a conversation. We were free as birds, for the most part. Only thing on the agenda was being in Colorado by Sunday.

That type of freedom is something I believe more people should experience. It’s a breath of fresh air and puts a lot of wind in my sails. After the coffee and conversation, we moseyed the aisles of the store picking up some bread, peanut butter, honey, and maybe some bags of Snickers Peanut Butter Squares. Damn, I love those things.

We would then gas up and make our way South with our first stop being Denali National Park. We stopped in at the information center and scoped out a large 3D map to get a bearings of the park. We took a short mile hike nearby the visitors center before returning to the truck and making our way to Mile 15 on the road.

Mile 15 is the furthest you go into the park, unless you have a special pass or ride the bus. We parked at the 15th mile and did a 2 mile hike along a steady flowing stream. Clouds had moved in and other peaks blocked our view of Denali. It was still cool to be in the park that I had talked about all summer. We drove slowly out, hoping to see a big bull moose. My buddy saw a female (cow) on the way out but I missed it.

We didn’t know it at the time but that would be the only time spent in Denali National Park. We headed to Talkeetna with intentions to watch the sun rise on Denali and then venture back into the park for some more exploring.

For whatever reason, I thought Talkeetna was only a few miles away from the park. It turned out to be much further. We looked over the map and the overall miles we would need to cover for the week and decided that we wouldn’t return to Denali. But, it would definitely not be the last time we were fortunate enough to lay eyes on the big fella.

We found a nice rest stop with what we thought was a solid view of Mount Denali. We rearranged some gear and slept in the back of the truck, with Denali in our view if we just lifted our heads and found ourselves fortunate to have a clear morning. 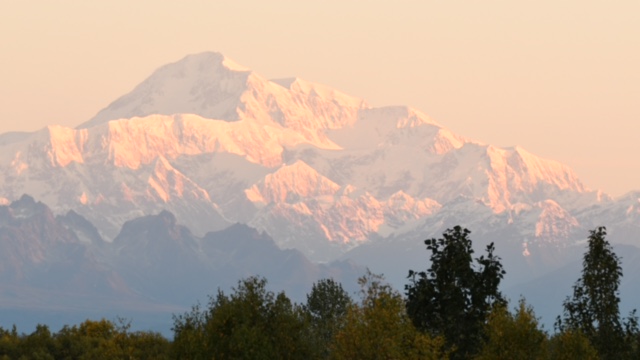 We were blessed with a calm and clear morning in Talkeetna and low and behold, Denali was there to greet us. I couldn’t believe it. I saw Denali the day before but this time it was much closer and clearer.

I did my best not to take this moment for granted. Back in Skagway, I had talked to hundreds of people who didn’t get to see the splendor of Denali. Witnessing it with my own eyes validated their disappointment.

We took in these moments as best we could. My eyes went back and forth from camera to real life balancing taking in the moment and capturing it forever. This first morning turned out to be a nice foreshadowing for how the remainder of the trip would go! 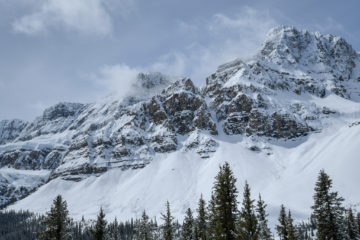 This trip up North may have been my best road trip yet! I enjoyed this trip in ways I haven’t enjoyed others. For this trip, I slowed down a bit, stopped more, and witnessed things Read more… 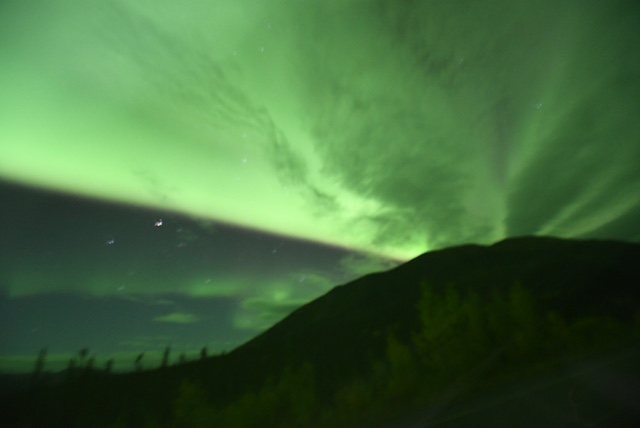 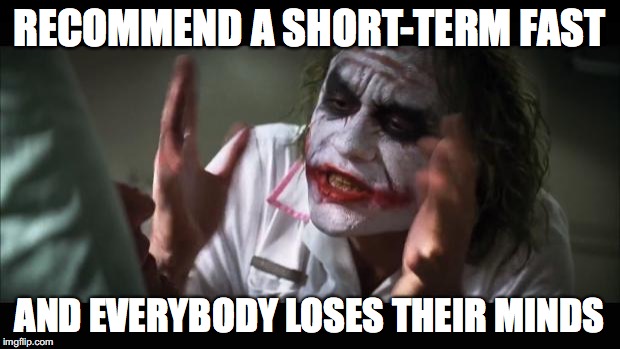