What a week. What a summer. What a life.

What up? I’m currently in between jobs, a mini-retirement I like to consider it. Which basically means that I’m going to be doing some cool shit over the next few weeks. I’ll also be putting some time in writing and updating the website, so it’s not all fun ;). And, don’t worry, I plan on to dive in further to the mini-retirement thing soon, patience my friend.

This collection of words and sentences is the beginning of my personal recollection on life, a memoir of sorts I suppose. It has a few purposes. Mostly, to document as much as possible so that one day I’ll be able to look back and remember all the top shelf shit I have done. Another solid reason is that perhaps, it can be of inspiration and motivation for those who choose to live life on their terms.

And the final reason (good reason anyway), is that it will allow me discover what questions I want to ask about myself. As you may know, this October (2018) I’m starting the process of putting together a documentary. I’ll leave the details for another day but the documentary will be an insightful look on my life and hopefully pull back the curtains on the importance of self-awareness.

So, without further a due, enjoy this blast from the past which I can’t promise will be in any sort of chronological order. All I know for sure is that I’ll be starting with the previous weekend and the summer of 2018. Enjoy.

A few days ago Ipulled back into the state of Colorado. I was happy to be back but the place I came from was just as special. Spending the summer in Alaska as pretty sweet; it’ll be an experience I never forget. And, it will hardly be the last time I see Alaska, Lord willing.

I celebrated being back in Colorado by syncing up with my great friend and climbing partner (I’ve also slept on his couch for months at a time). I’ve been itching to get on some peaks all summer. Not that Alaska didn’t allot me that opportunity, it was just that those peaks were either not as high or rugged or my ability level was not quite there. I certainly did some hikes while in Alaska but I didn’t actually climb a mountain until this past weekend. 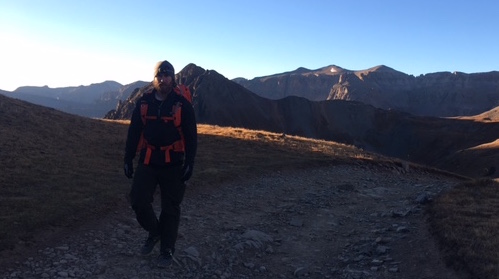 It was my sixth fourteen thousand foot mountain and by far the gnarliest I had ever attempted. My buddy said it best, “I’ve told people that I’ve climbed mountains before but never really felt like their reactions were justified because we actually didn’t climb it. We more or less walked up, having to put our hands down and hop over rocks a handful of times. But, today we climbed that mountain.”

Come to think of it, my last two peaks I summited were the trickiest ones I’ve done. I say that’s trending in the right direction. Saturday I found myself just outside my comfort zone on the face of Mount Sneffels. With steep grades and loose rock all around, I had no choice but to remained focused, calm, and composed.

Each hand and foot placement needed to be tested before committing weight to it. And every move needed to have the next half of a dozen moves accounted for. Of course, physical exertion was there but mentally was were the mountain was concurred.

We all deal with stress on a different level. Some have tremendous job stress, others relationship stress. I’ve had both, at the same time. It can really suck. I’ve already discussed the stress issue in this article “The Right Kind of Stress” so I won’t dive into it here. But, the takeaway is that we all must manage our stress based on the type of stress we prefer.

My preferred stress?? Well, it just might be clinging to a mountain at 13,000 feet plus while trying to find the next foot hold position. While climbing Mount Sneffels, I was reminded of this stress concept I discussed weeks ago.

Would I rather be on the sales floor, trying to close a sale, giving the customer every little bit of information that could possibly get them to say yes? Hell no. There was no place I’d rather be. And while there’s nothing wrong with the sales floor and there are times it’s very enjoyable, it’s just not my preferred spot. 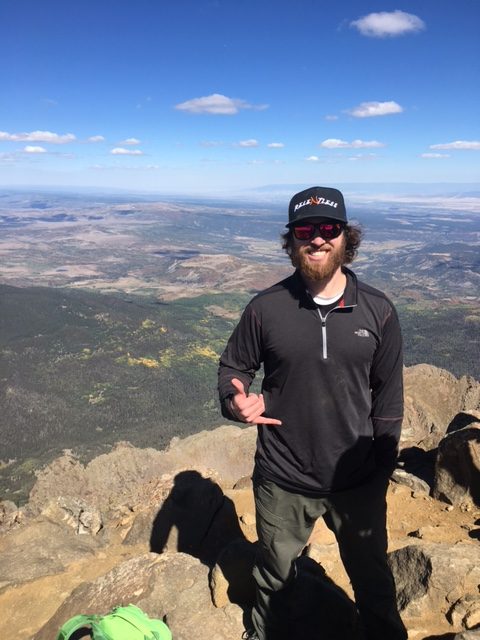 I like to say that the view is always worth the climb. It’s hard to argue that when you’re standing above 14,000′. But, the reality is your day is only half over. And, in this case, I wasn’t even half way done.

“Getting to the top is optional.
Getting down is mandatory.”
– Ed Viesturs

We took a few moments at the summit to enjoy the view and appreciate the work necessary to enjoy such a moment. But, we all knew that there was still much work left to be done. The descent took us longer than the climb up, which usually isn’t the case.

The steep grade and loose rocks made the descent pretty tricky. Combine that with less than stellar grips on my shoes (to say the least) and you’ve got one exciting way down. Although, there was no sign of excitement from me for the descent.

That’s just about how I feel on every climb down. It’s the part of hike that I enjoy the least: the way down. At least if the way down is to be done on foot. Now, you put some snow on the mountain and strap a snowboard to my feet, that’s a different story. In fact, that’s my preferred means of descending a mountain.

I learned a few things from this past weekend. Mostly, that the mountains teach me something every single time I’m there. I learn something about myself that time proves invaluable. I have no doubt that the time spent on Mount Sneffels will prove to be incredibly valuable.

It feel great to be back in the lower 48 and I’m stoked at the coming of winter. The people in the know say it’s going to be a solid winter. Whatever the case, I know the mountains will be calling me by name and I will answer that call. 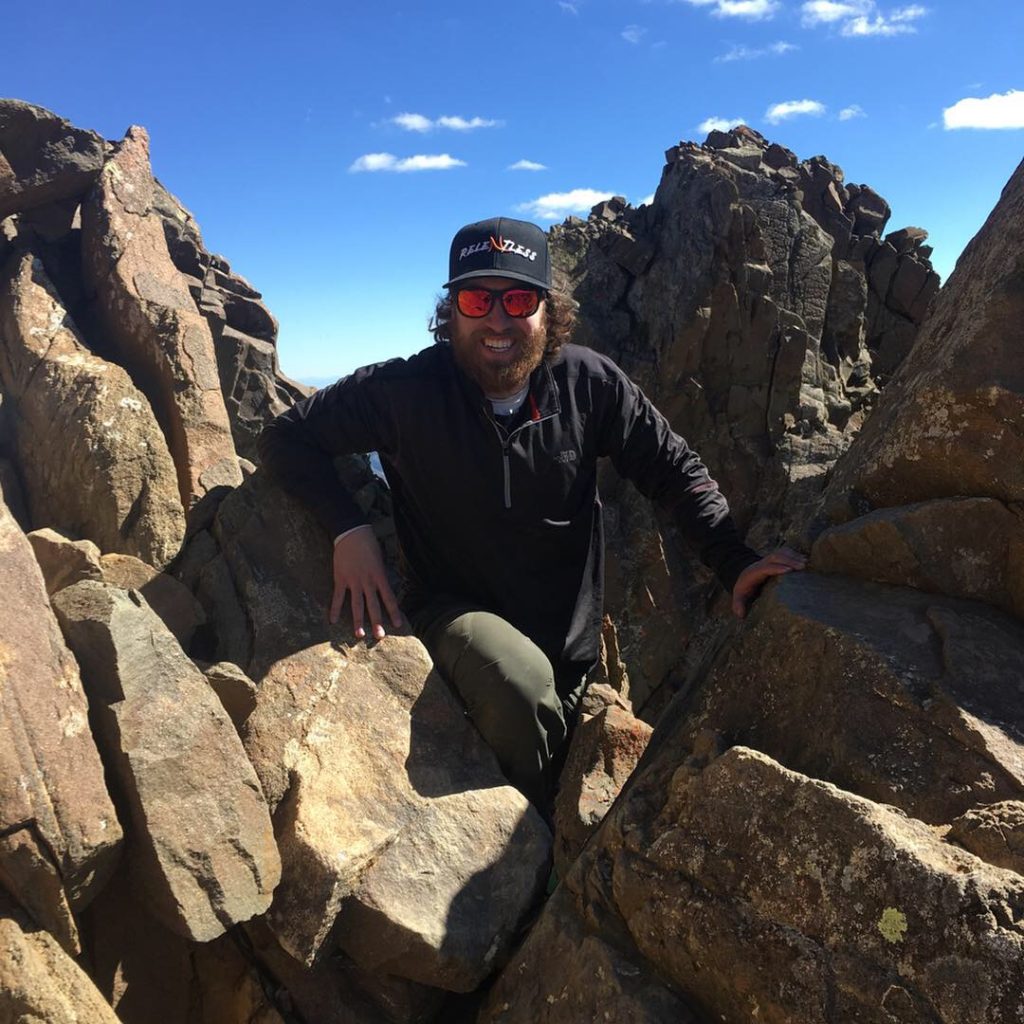 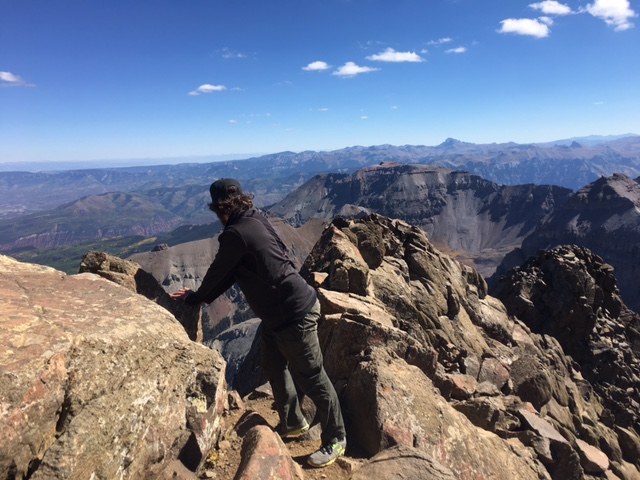 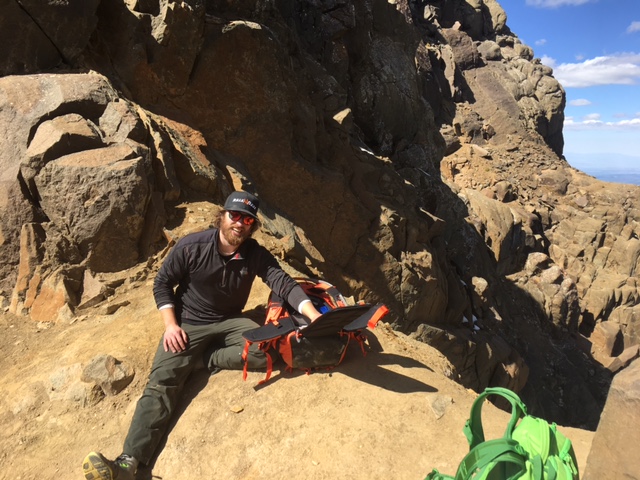 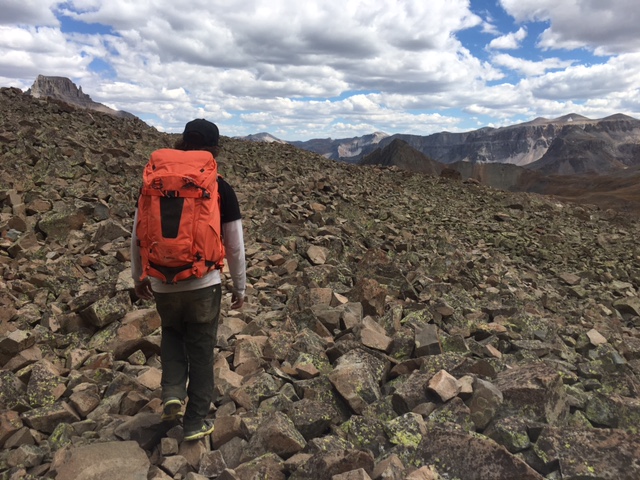 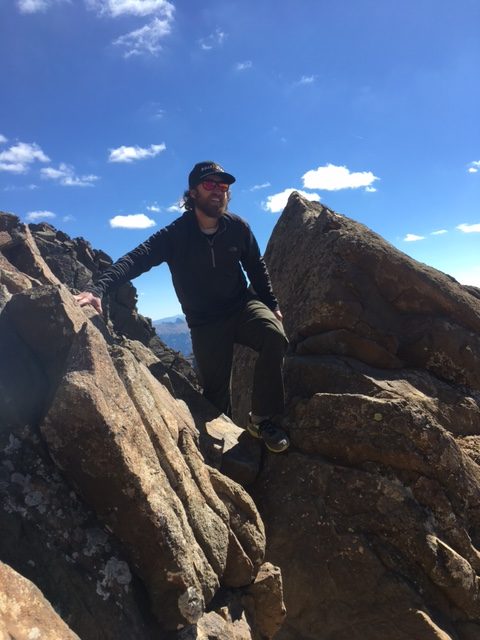 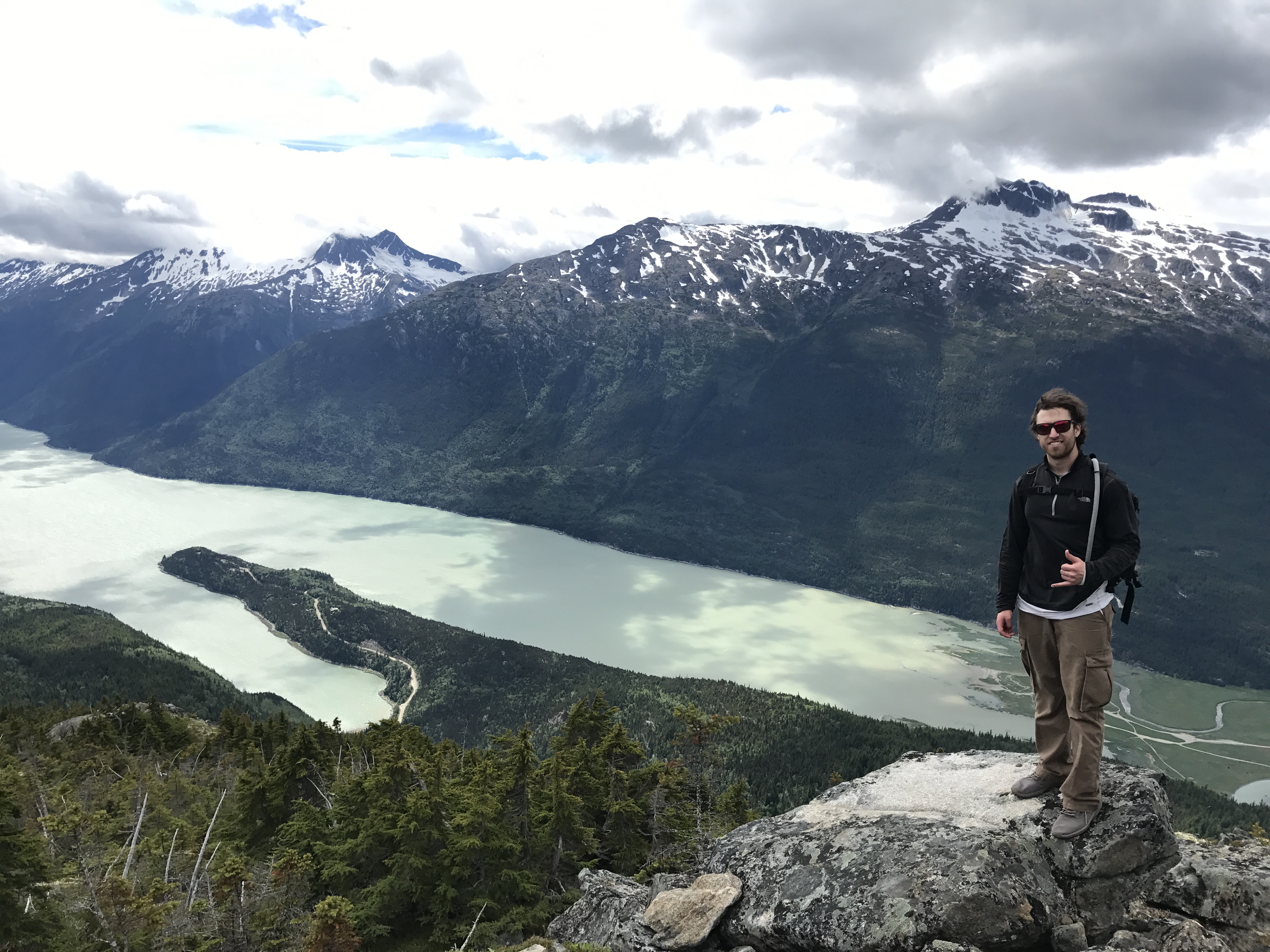 There’s not much more fulfilling than a job well done. I, however, believe that I have unlocked life’s secret. I, among others, could hand you the key but it’s up to you find your lock. Read more… 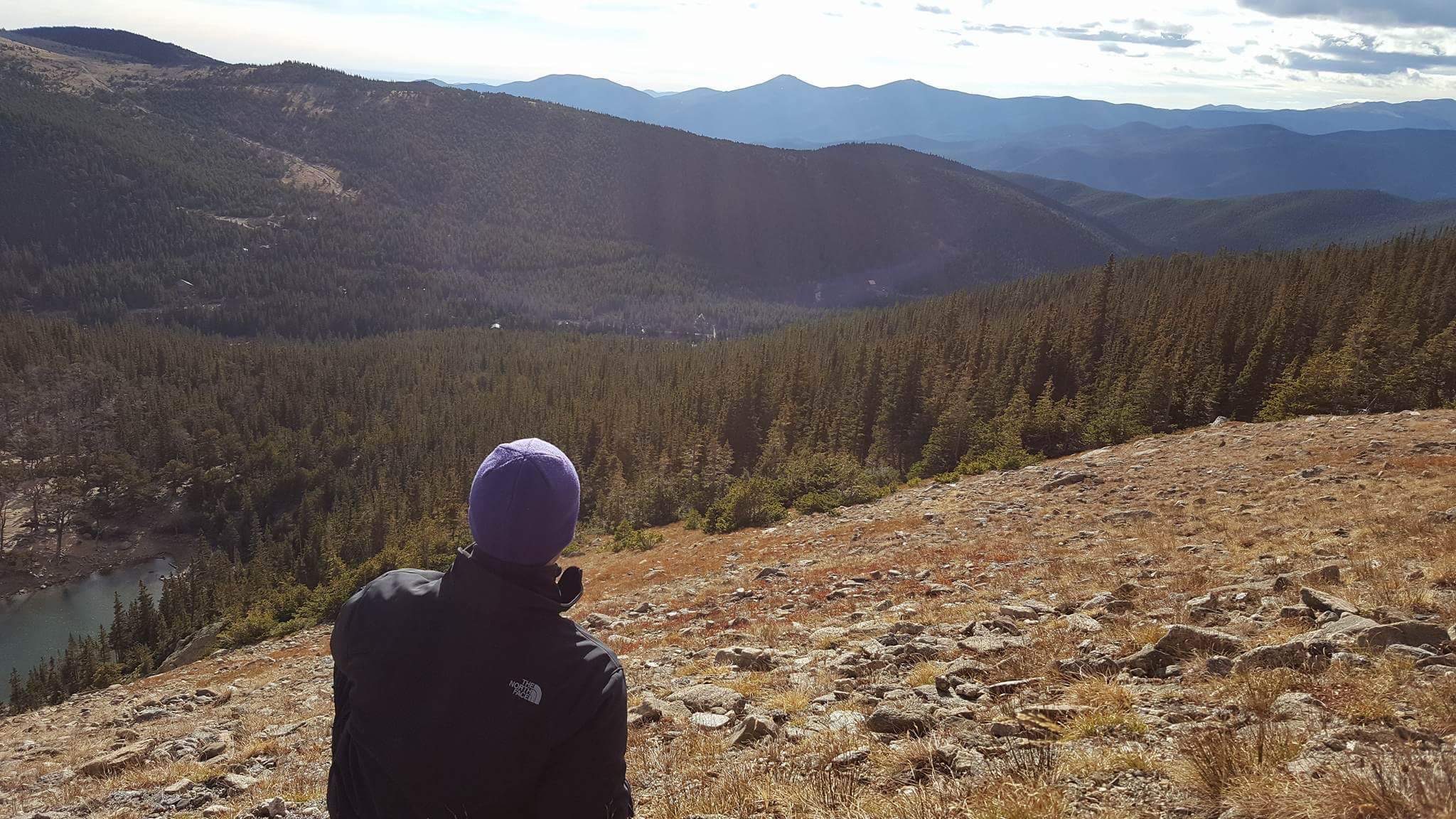 I’m always talking about doing things that you’ll be able to look back on and say “man, that was some top-shelf shit.” Well, this is a story of just that… Please follow and like us: